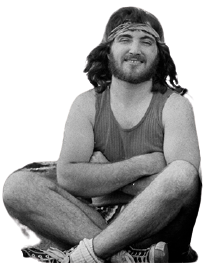 In 2011, John Bisset (keyboards on Fraternity), granted me an interview for the site AC / DC Back In Black. I asked him subtle questions around Bon Scott and his life in the group on and off the stage